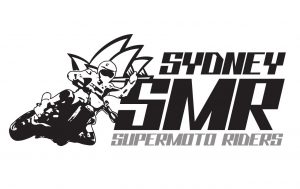 How Motorcycling works in Australia – Part 1

Being a new club in Australia, we had to learn how things work and what are the rules and regulations to be able to proceed as a club. There’s quite a few things we needed to understand, and it isn’t an easy process when all you want to do is ride. Hopefully what we share here will help a few riders understand what it takes to run track days, as it’s not quite so simple behind the scenes…Also, Please understand this is my understanding at this stage, some of this may not be entirely accurate, i’m just learning as i go.

So at the top, there is a body controlling motorsports activities in Australia. Their role is to promote motorcycling sport in Australia, ensure each event is run as per rules and regulations, and if so provide insurance for them (in a nutshell). They are a not for profit technically, so Motorcycling Australia (MA) would be such body. For many years they ran pretty much as a single non-competitive entity, and established state controlling bodies who’s role would be to enforce the rules, and develop the clubs.

In new south wales, MNSW (motorcycling new south wales) would be looking after the state clubs, and each club would basically need their members to join annually, and request a permit for any track day they would want to run. The permit number would allow a club to run and be insured at a venue Motorcycling Australia would deem “safe”.

To deem a venue “safe”, club would have to pay a track inspector to come and certify a track would be safe to run. There are a bunch of rules to abide by, such as minimum width, track length, for supermoto there would be a minimum of tar / dirt surface, a limit in the jumps height, etc..It even goes beyond that, like walls too close to a corner exit, lights too low on the track, white lines not visible, etc.

So to deem a track safe, a whole bunch of details have to be in order, and for a long time this has limited our ability to go on track. We thought there wasn’t a lot of tracks willing to give us track time : that is not true. Most track are quite happy to take our money and let us ride their track..The reality is, to provide them a certificate of insurance, it’s a lot harder than it looks…

And that’s why we started looking at alternatives options. In order to be able to ride different tracks and be sensible about safety (rather than not ride at all), we had to look for alternatives . And fortunately, not so long ago, some alternatives became available to us (to be continued).